Ep1: Ayahuasca and the impact of spiritual tourism with Dr Hernando Echeverri

-The owners of the blog do not recommend the use of Ayahuasca.-

Yagé or Ayahuasca is a hallucinogenic brew made by cooking several Amazonian plants together for an extended period. Generally, the main active ingredients come from two plants, Banisteriopsis caapi and DMT containing plants: usually Psychotria viridis, but sometimes others. The focus of the podcast and blog is on the Colombian use of these plants. 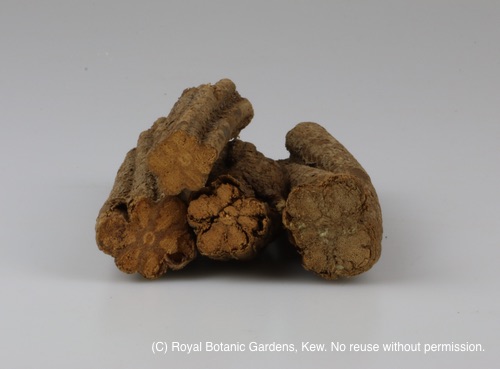 The science behind the brew

P. viridis contains N,N-Dimethyltryptamine (DMT), which has psychoactive effects. If you simply ingested DMT, a naturally occurring enzyme in the body, monoamine oxidase (MAO), would break DMT down and make its effects short lived. So, the herb that is known as Ayahuasca, or Yagé in the Amazonian brews is the plant B. caapi. This plant is included because it contains a mixture of monoamine oxidase inhibitors (MAOIs) which prevent the breakdown of DMT in the body and therefore allow you to experience longer psychedelic effects. It is traditionally considered the ‘guide’ plant in the mixture.

In the UK, DMT is a Class A drug which means it's illegal to have for yourself, give away or sell. See FRANK for more information.

How was ayahuasca discovered?

Multiple sources still debate the history of Ayahuasca. Whereas many consider it an ancestral practice, the use of the preparation with B. caapi and P. viridis is probably relatively new. There is evidence that DMT and MAOI have been used in other ceremonial rituals such as Anadenanthera sp., used as a hallucinogenic snuff. B. caapi is an emetic (encourages vomiting) so it may have been used for medicinal purposes long before its hallucinogenic qualities were discovered

In Colombia, the ceremonial use of Yagé or Ayahuasca is based on an extensive network of shamans found throughout the region. Colombian shamans, known as Taitas, belong to five different ethnic groups who share similar ceremonial practices, shamanic techniques and beliefs. These are known as the “People of Yagé”, and are the Cofan, Siona, Inga, Kamentza, and Ketwcha. However, Yagé is used in a lesser degree throughout the region by indigenous communities of Huitoto, Mura, Coreguaje among many others. Non-indigenous shamans also offer Yagé ceremonies. These are mostly mestizo men who arrived at Putumayo and Caquetá during the 20th century and learned from local indigenous shamans.

The Taitas from the “People of Yage” are known to travel through the country offering Yagé ceremonies and healing rituals to a wide array of people. The Inga and Kamentza from the Highland towns of Sibundoy have a long history of this roving practice, building a reputation in the markets in the Andean urban centres of the country and establishing an extensive network of patients. This has allowed for this type of shamanism to spread with relative ease and quickly be adopted by students and academic from the major cities of the country. Neoshamanic groups [eclectic shamanic practices borrowing from multiple sources not based on traditional shamanic training] are now widespread throughout the country, attracting politicians, academics, and students. Furthermore, as Ayahuasca from Peru has gained a global reputation and as Colombia becomes safer for foreigners, more international spiritual tourists are arriving at the forest of southern Colombia.

Cultural and environmental impacts of the Ayahuasca boom

Ayahuasca has boomed in popularity by visitors to South America and even beyond its original area of use and is part of what has been described as 'spiritual tourism': non-indigenous users seeking to take the brew to discover spiritual experiences beyond those available to them in their own culture, find answers or seek healing, particularly in light of the range of research on the use of psychedelics and mental health.

This sudden popularity has come with a range of complications. One of the main consequences is that power structures of the lowland communities have faced severe transformations. As more people become interested in Ayahuasca, it has politicised the role of the shaman, which traditionally was a marginalised position. Shamans are now influential individuals who have significant economic and political influence in the region. They have followers and influence on multiple levels. These transformations have encouraged an increase in young indigenous and non-indigenous men to become shamans without proper training. During my time in Putumayo, elder shamans would often mention how worried they were that the new shamans were skipping the long training periods that have historically been required to lead a Yagé ceremony. Lack of centralised control and a superficial simplicity in the ritual and shamanic techniques have made it easy for many to take up this path. Traditional systems of control, such as elders who test the ability of new apprentices as well as Shamanic associations, have proven ineffective in controlling this trend.

Another main consequence of the growing popularity of Ayahuasca and Yagé is the over-harvesting of the main ingredients of the brew. Since B. caapi and P. viridis are harvestable plants, the risk of over-harvesting is low. However, as deforestation increases due to the expansion of the agricultural frontier, the sustainability of these practices has come under threat. This threat is particularly true to the wild populations of these plants. These are considered to be powerful and dangerous, yet have become widely popular in the alternative circles and neoshamanic. As the forests fall, these specimens and genetic diversity become vulnerable to over-harvesting.

Even the traditional preparation of the brew is changing dramatically due to the growing interest. As more people want the psychedelic effects of the brew, some shamans are adding different plants to maximise this effect. This practice is relatively common and brews may have several different plants that balance their chemical composition. However, some of these additives can be dangerous to patients. The most common case is the use of Brugmansia sp., which are potent hallucinogenic plants and in large doses can pose a severe risk to the patient’s health. At the same time, traditional varieties of B. caapi that have a more controlled psychedelic effect are being marginalised for ones that please western spiritual seekers.

The increasing interest in the brew has also had a more general effect on the people of the lowlands. One of the most surprising was a famous case of biopiracy in 1986. The shamans consider biopiracy (the stealing of traditional knowledge by western agents for commercial use with little respect for intellectual property rights) as one of the main threat to their cultures and beliefs. The most famed case is that of Loren Miller, who was granted a patent over a verity of B. caapi which he named “Da Vine”. Even with indigenous resistance, the patent holds to this day due to lack of proper protection for indigenous and traditional knowledge, despite the efforts of international guidance frameworks such as the Nagoya Protocol. At the same time, B. caapi has now been taken and grown in other parts of the tropics such as Florida and Hawaii, with little recompense to the original caretakers of the plant.

Cases like this are not new but now, due to the added interest, have also caused the indigenous shamans to lose their control over the ceremonial use of this brew. New western shamans are offering this brew to the growing number of spiritual and new age seekers, raising the value of the plants and out-pricing locals who would have previously used it for healing. This changing landscape might pose a problem when controlling the quality and sustainability of the brew, as the western shamans depend on their contacts in the region to feed the growing demand. At this pace the shamanic use of the plant is unsustainable.

Ayahuasca use in the West

If you know someone who may want to participate in Ayahuasca ceremonies, encourage responsible use and in-depth research beforehand. Much inaccurate information exists out there and less than trustworthy ‘shamans’ are willing to take advantage of the increased demand without having gained proper training.

In South America, it is essential that the shaman has the knowledge to cook their own brew to guarantee its quality and contents. It is also important to research the people whom you will go and visit, ensuring they are responsible and respectful of people who will ultimately experience a vulnerable state using Ayahuasca.

Most importantly, show support for the indigenous communities who originally developed the use of Ayahuasca. They are under pressure and those that want to experience the spiritual practice as ‘outsiders’ need to understand their own role in the processes and impacts discussed in this podcast and blog. Indigenous communities can be supported through one of the many NGOs set up to support them. (A list of Colombian NGOs can be found at end of page, but there are others for other areas too). Your support would greatly benefit one of the most impoverished and war-torn areas of Colombia.

About the origins and history of Yagé

Brabec de Mori, B. (2011). Tracing hallucinations: Contributing to a critical ethnohistory of Ayahuasca usage in the Peruvian Amazon. In: B. Labate and H. Jungaberle, ed., The internationalization of Ayahuasca . Zürich: Lit Verlag.

Brierley, D. and Davidson, C. (2012). Developments in harmine pharmacology — Implications for Ayahuasca use and drug-dependence treatment. Progress in Neuro-Psychopharmacology and Biological Psychiatry, 39(2), pp.263-272.

About the shamanic networks of southern Colombia

Barbira Freedman, F. (2014). Shamans’ Networks in Western Amazonia. In: B. Labate and C. Cavnar, ed., Ayahuasca Shamanism in the Amazon and Beyond. Oxford: Oxford Press.

Reichel-Dolmatoff, G. (1975). The shaman and the jaguar: a study of narcotic drugs among the Indians of Colombia. Philadelphia: Temple University Press.

Taussig, M. (1987). Shamanism, Colonialism, and the Wild Man: A Study In Terror And Healing. Chicago: University of Chicago Press.

About shamanic and spiritual tourism

Labate, B. and Cavnar, C. (2014). Ayahuasca shamanism in the Amazon and beyond. New York: Oxford University Press.